Here's how you know

The site is secure.
The https:// ensures that you are connecting to the official website and that any information you provide is encrypted and transmitted securely.

President Clinton signed Public Law 103-32 on May 25, 1993, authorizing the American Battle Monuments Commission (ABMC) to establish a World War II Memorial in Washington, D.C., or its environs. It is the first national memorial dedicated to all who served during World War II and acknowledging the commitment and achievement of the entire nation.

The memorial honors the 16 million who served in the armed forces of the U.S. during World War II, the more than 400,000 who died, and the millions who supported the war effort from home. Symbolic of the defining event of the 20th Century, the memorial is a monument to the spirit, sacrifice, and commitment of the American people to the common defense of the nation and to the broader causes of peace and freedom from tyranny throughout the world. It will inspire future generations of Americans, deepening their appreciation of what the World War II generation accomplished in securing freedom and democracy. Above all, the memorial stands as an important symbol of American national unity, a timeless reminder of the moral strength and awesome power that can flow when a free people are at once united and bonded together in a common and just cause.

The first step in establishing the memorial was the selection of an appropriate site. Congress provided legislative authority for siting the memorial in the prime area of the national capital, known as Area I, which includes the National Mall. The National Park Service, the Commission of Fine Arts, and the National Capital Planning Commission approved selection of the Rainbow Pool site at the east end of the Reflecting Pool between the Lincoln Memorial and the Washington Monument. President Clinton dedicated the memorial site during a formal ceremony on Veterans Day 1995. 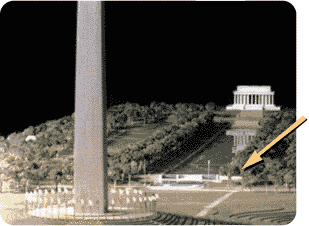 ABMC engaged the General Services Administration’s (GSA) Public Buildings Service to act as its agent to manage the memorial project. The design submitted by Friedrich St.Florian, an architect based in Providence, R.I., was selected as one of six semi-finalists in an open, national competition. Leo A Daly, an international architecture firm, assembled the winning team with St.Florian as the design architect. The team also included George E. Hartman of Hartman-Cox Architects, landscape architect Oehme van Sweden & Associates, sculptor Ray Kaskey, and stone carver and letterer Nick Benson. St.Florian’s memorial design concept was approved by the Commission of Fine Arts and the National Capital Planning Commission in the summer of 1998. The commissions approved the preliminary design in 1999, the final architectural design and several ancillary elements in 2000, granite selections in 2001, and sculpture and inscriptions in 2002 and 2003.

Senator Dole, a World War II veteran seriously wounded on the battlefield and twice decorated with the Bronze Star and Purple Heart, was the Republican nominee for president in 1996 and the longest-serving Republican Leader in the U.S. Senate.

Frederick W. Smith is chairman, president and chief executive officer of FedEx Corporation, a global transportation and logistics holding company. He is a graduate of Yale and a former U.S. Marine Corps officer, and serves on the boards of various transport, industry and civic organizations.

The memorial received more than $197 million in cash and pledges. This total includes $16 million provided by the federal government.

The American Battle Monuments Commission (ABMC) is an independent agency of the executive branch of the U.S. Federal Government. The U.S. Congress created ABMC in March 1923 to commemorate the service of America’s armed forces where they have served since our entry into the First World War. We do this through 26 overseas American military cemeteries and 32 memorials located in 17 countries, having faithfully kept a 100-year promise to the families of our fallen, that the sacrifice of their loved ones would always be honored, and their memories will never die. That mission is timeless, and we are proud to carry it forward into the Commission’s second century. To learn more about our mission and commemorative sites worldwide, click here. 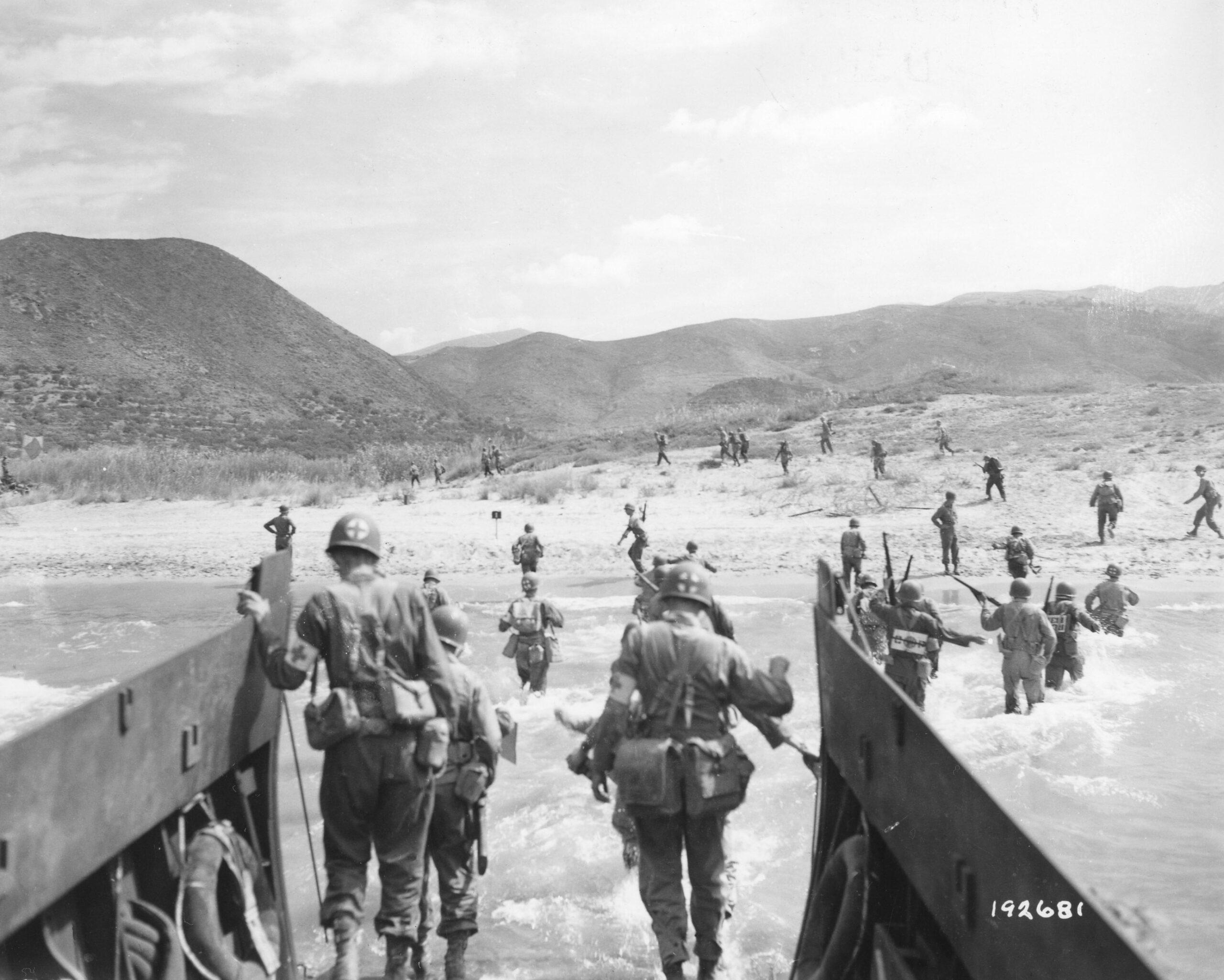 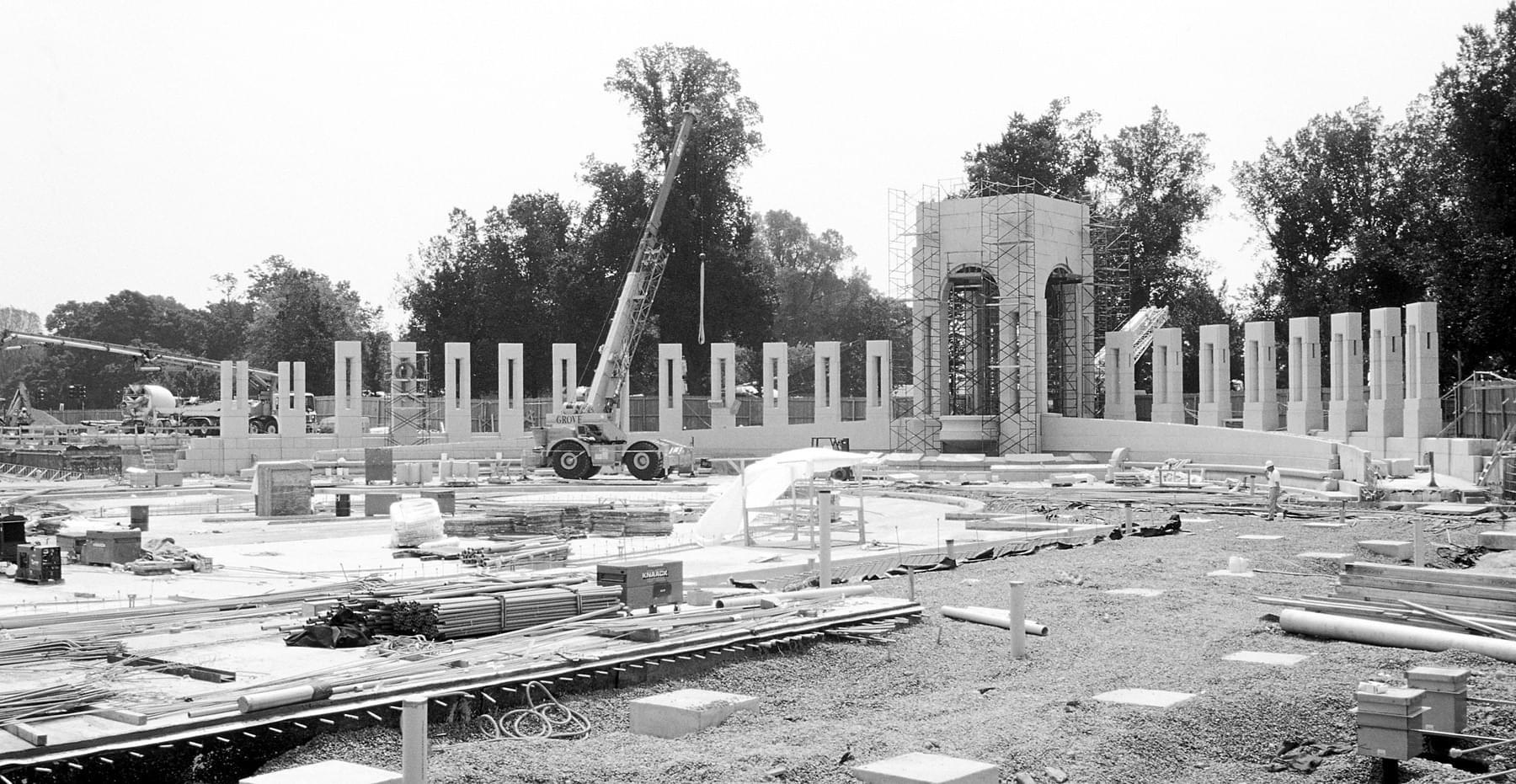